Hello Beautiful People! We am excited to announce that you can pitch yourself to be on “Ask Chauntel”.

We are expanding the Ask Chauntel  brand to include interviews with individuals doing amazing things! I would love to know more about what you do so that we can have you on the show! If you live in the Southern California area we maybe able to set up a face-to-face meeting! Otherwise we may set-up a Skype or Google Hangouts session with you!

Spread the Word! Also, if you are promoting a noteworthy event we would also like to hear from you!

Or simply fill out the brief form below! Thanks! 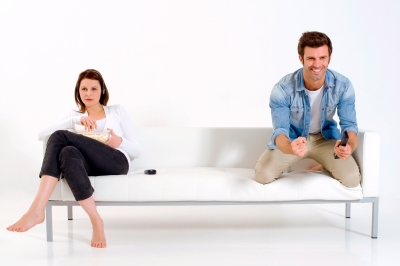 B writes:
Hi Chauntel,
I’ve noticed more and more lately that my bf is not the man I thought he was.
I was initially attracted to him when we began dating a year ago because he seemed so adult: gentleman, home owner, good job, responsible, etc. Then I feel in love because he’s sweet, caring, affectionate etc.
Lately though, I’m kinds “getting over it.” He doesn’t have money to take me on a date, but he has money to buy weed! Among other things…

I think the real kicker was a talk we had a month ago. We have different time frames when we want to marry each other (at least we want to marry each other lol). I think in 3 years is appropriate and he thinks in about 7-9++ who  His logic? He wants to grow up more, go to school, make more money. I respect that, BUT I see no initiative! I’ve gone with him to look at schools, for example, and he like…doesn’t follow through. So he says he wants to become a better person before he gets married, and I appreciate that…but I don’t see him doing anything about it. It’s like all talk.

Now I know better than to try to change his mind. I guess my question is, is it time to move on? I’m young and have no intention of wasting my precious 20s on someone who is all talk no walk with his drive/motivation, and who has money for drugs but not for dates etc.
Like I said, I was attracted because I thought he was grown up and I fell in love because of his heart. His heart is still golden, and I still love him. I guess my attraction is fading though because of this. Maybe the realization that we’re on not different paths but different paces left a bad taste in my mouth. Maybe his drug use it starting to get to me (I knew it from the first date though so I can’t pretend to be shocked). Maybe our differences are becoming more evident as we pass the one year mark.
Any perspective will give me a clearer head. Thanks Chauntel! 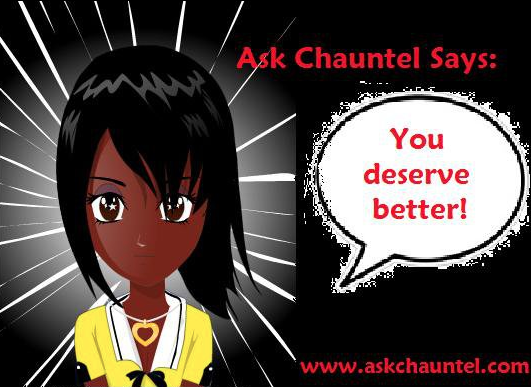 Hello B!
I am going to take your question and answer it piece by piece.
In response to your statement:
“I’ve noticed more and more lately that my bf is not the man I thought he was.”
When this becomes a reality, we sometimes ignore it because we are so attached emotionally that we don’t want to let go. However, to be completely transparent with yourself and admit that he isn’t who you would wish for him to be, is monumental. With this knowledge, you also have to recognize the fact that you cannot change him, and you cannot romanticize over who you thought he was. In fact, in order to stay in a healthy relationship with someone you have to love the person that they are.
He is a druggy. I understand that “weed” may not be considered as a serious drug to most. BUT… It is still a drug, and it is still illegal. Also,  weed is usually a gateway into other drugs. Unfortunately, this problem will probably not only persist, but get worse. Not only that, but fact that he is not meeting your needs, and is instead spending all of his resources on drugs, is a window for you to see into the bad choices that he is making in his life.
With this information, as much as you might try to settle it in your mind, and justify his actions(we as women do this often) you cannot turn the other cheek.
You deserve better, much better.
As far as talks of marriage, you shouldn’t marry someone who is making you feel this way. First off, you shouldn’t marry him because, you don’t like who he is as a person. (personal choices, career choices, choices concerning you…etc..) Second, you shouldn’t marry him because, he doesn’t appreciate who you are. Lastly, you shouldn’t marry him because, he isn’t serious about your relationship or your feelings because if he was, he would not be telling you that he will marry you in distant years like 7 to 9 years. Those numbers tell me that you two value different things in life.
When you choose to marry someone, all of your values and beliefs may not match completely, but they should be really, really close. Otherwise you will run into even more problems.
I would say, that your women’s intuition is speaking to you, and letting you know that although it feels good to have a relationship, and you like the idea of who you thought he was, this is not going well. It cannot be ignored. If you continue in this relationship, you will be settling. And my oh my, is that bad!
You deserve to have a man who will sweep you off of your feet, and this guy isn’t even trying. So, to you I say, yep it’s time to walk away.
Being friends probably won’t work because your feelings run too deep. It’s already going to be hard enough to walk away, but you will be a stronger women for it. I wish you all the blessing and all the love in the world.
I Hope This Helps!
Chauntel
email questions to askchauntel@gmail.com

1. They Value Different Things in Life

2.  They Don’t Get Along with Eachother’s Friends and Family

3. One Person Cheats on the Other

4. One is Much More Ambitious Than the Other in their Career

6. They Couldn’t Handle the Long Distance

7. One Person Looses Trust in the Other Person

8. They Had a Hard Time Finding a Compromise

9. One Person Was Violent, Possessive or Controlling

10. They Didn’t Have a Strong Physical Attraction

How do u tell if a guy likes you, and How would you tell him you like him?

Here are three simple ways to tell if a guy likes you:

1. He shows interest and wants to spend time around you.

2. He flirts with and teases you.

3. He tries to stay in close proximity to you and finds ways to make physical contact with you.

It’s better to show him that you like him than to tell him by flirting with him. Build a friendship with him, then let him know that you are interested in getting to know him better.

Here is my video on this topic:

I Hope This Helps! 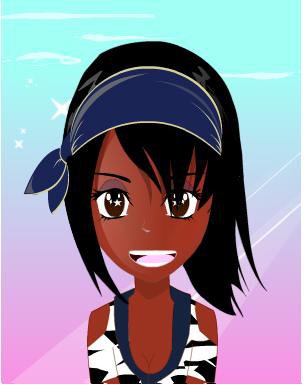 If you receive the free weekly newsletter then you have already heard the news. If not, I thought I would share it here.

Ask Chauntel will continue it’s question and answer format responding to viewer, reader, follower, and subscriber questions. However, we are now moving to include inspirational and special interest stories surrounding our vision of becoming the best you!

We have a few interviews posted on our youtube channel of people that I have interviewed and shared their story with you all.

I want to thank you all so much for your support, and let you know that I appreciate you so much.

I hope that you all are accepting of the change and enjoy it.

Infidelity is such a hurtful thing to deal with. How do we overcome this social issue? Do people ever change? Can we accept them back into our lives once they have become unfaithful? Vote!

Ask Chauntel Radio is TONIGH at 8pm! Our New Time!

The Topic: Who Should Pay on a Date?

I’m a big dude, and I wanted to know how to attract a good woman? I’m so tired of being alone I’m ready 4 a family. I want to be a provider.

If you are ready for a family then, it is time for you to begin to take hold of your life. Pursuing a relationship in your frame of mind is unhealthy.

Before, you begin courting a woman and looking to build a family with her, you are going to have to find confidence in yourself.

So, you need to be confident in who you are before I would recommend that you begin pursuing a relationship.

What does this mean?

Your weight is not the problem, it’s your criticalness of yourself that is going to hold you back. If you don’t like the size that you are, and it is effecting your ability to be confident in who you are, then you need to begin making wiser decisions when it comes to eating right and exercising. This doesn’t mean starve yourself, or be at the gym non-stop.

In fact, in means just the opposite. You need to make a plan for your physical health. For your life, and the life of your future family. Get with a nutritionist who can help map this out for you.

When you begin feeling comfortable with yourself, then we can begin to think about what you need to pursue a long lasting relationship, but it seems to me that you aren’t quite ready.

Going into a long term committed relationship when you are so down on yourself will not be a healthy situation for you or your future spouse. I am glad that you want to begin making positive changes in your life, that is great, but we need to prepare you for those changes.

Be encouraged, it is not all about how you look. The woman is going to eventually look past that once she begins to see who you are. But in this case, you don’t feel comfortable with yourself, and I am not ready to advise you into a relationship until that changes.

Feel free to take advantage of my free 15-minute-coaching session by using the coaching coupon.

When we get you mentally ready for a relationship after first establishing a love for yourself then we address the second part of your question. You dig?

I’ve been watching your videos since 2010 and I felt you were the right person to ask. My girlfriend now lives in America, and I haven’t seen her for about 8 months, and I am going to see her in a few days. I am worried as to how it’ll turn out and I would like to ask how should I act and what should I do once I see her? Thanks a bunch, Kyle. 🙂

I answered your question in my radio broadcast yesterday. You will find your story around timecode 18:20 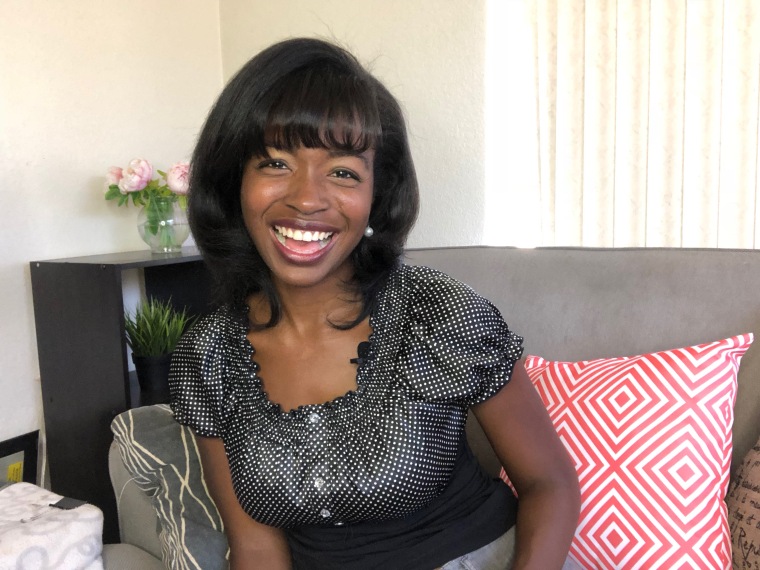